It may be Week 8 of the 2020 college football season, but this will be the first weekend of action for the Big Ten and Mountain West conferences. That means after many months of speculation and several weeks watching other contenders, we’ll finally get our first glimpse of College Football Playoff hopefuls like Ohio State, Penn State, Michigan and Wisconsin.

In fact, the Big Ten is where we’ll find one of the four head-to-head battles between AP Top 25 teams this weekend. That game is No. 18 Michigan at No. 21 Minnesota. We’ll also get an ACC showdown (No. 23 NC State at No. 14 North Carolina), a Big 12 clash (No. 17 Iowa State at No. 6 Oklahoma State) and—possibly the most important of all—a battle between the two remaining undefeated teams in the AAC (No. 9 Cincinnati at No. 16 SMU).

Who wins those four marquee games? What of the other 44 games on the docket? Are there any major upsets in the offing? And how badly is Clemson going to destroy the next sacrificial lamb on its schedule? 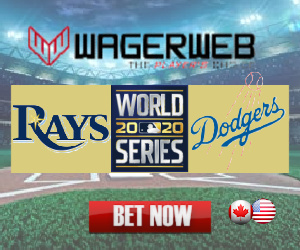 Playing in its first-ever game as a ranked team, Coastal Carolina deserves better than getting lost in the early Saturday afternoon shuffle against a Georgia Southern squad that has beaten a ranked opponent in each of the past two Octobers. (In both years, that win came over Appalachian State.) It should be a rule that any time a Sun Belt team jumps into the AP poll, its next game must be played on either a Thursday or Friday night.

I shan’t pick against the Chanticleers, though. Grayson McCall has been great at quarterback, leading an offense that has been turnover-free in three of its four games played. If they can continue to avoid those back-breaking mistakes, they’ll keep the undefeated quest going for at least one more week.

Marshall’s defense is no joke. Opponents are averaging 9.5 points per game against the Thundering Herd. They have yet to allow 270 passing yards or 100 rushing yards in a single game. And that’s never going to be enough offense to beat a team that gets to hand the ball off to Brenden Knox 25 times per game.

After this, Marshall’s remaining games are against Florida International, Middle Tennessee and Charlotte, who boast a combined record of 2-9. Win this one and Marshall should go undefeated and would at least be somewhere in the conversation for a New Year’s Six bowl. Considering Florida Atlantic had just 98 passing yards against Charlotte in its only game three weeks ago, you’ve got to like Marshall’s chances of winning comfortably.

This isn’t groundbreaking news, but Kansas is terrible. And I’m talking worse than we all realized in that opening loss to Coastal Carolina.

In their last two games, the Jayhawks averaged 175.0 yards of total offense while allowing 568.5. Kansas State’s offense has been outgained by at least 50 yards in all four games this season, but the Wildcats should snap that streak in emphatic fashion while extending their 11-game winning streak in this rivalry.

Virginia Tech’s run game was already quite good, but the switch to Hendon Hooker at quarterback midway through the Week 6 game against North Carolina has turned the Hokies into a rushing juggernaut. Hooker ran for 164 yards and three touchdowns this past Saturday against Boston College, leading VT to its fourth consecutive game with at least 260 rushing yards and at least 38 points scored.

Take out the game against Campbell and Wake Forest’s defense is allowing 224.3 rushing yards and 3.0 rushing touchdowns per game. The Demon Deacons can score, but not well enough to keep pace in this one.

This is easily the most intriguing game of Week 8 because of the sheer amount of unknowns surrounding both of these fringe contenders. Michigan lost its starting quarterback, two of its best receivers, most of its offensive line and three key linebackers. But Minnesota lost its top receiver, its top rusher and seven starters on defense.

What the Wolverines do have returning is an excellent defensive line, which will immediately challenge a Golden Gophers offensive line with basically the same two-deep as last year. Whichever side wins that battle in the trenches will win the game, and I suspect Minnesota’s big men will keep quarterback Tanner Morgan clean enough to get the victory.

There are two bits of good news, though. The first is that backup quarterback Graham Mertz was a highly touted recruit in the 2019 class, one many thought could come in and win the job as a true freshman. The Badgers aren’t exactly handing the reins to a no-name walk-on here. And the other good news is they open the season at home against Illinois, which will probably finish in last place in the Big Ten West.