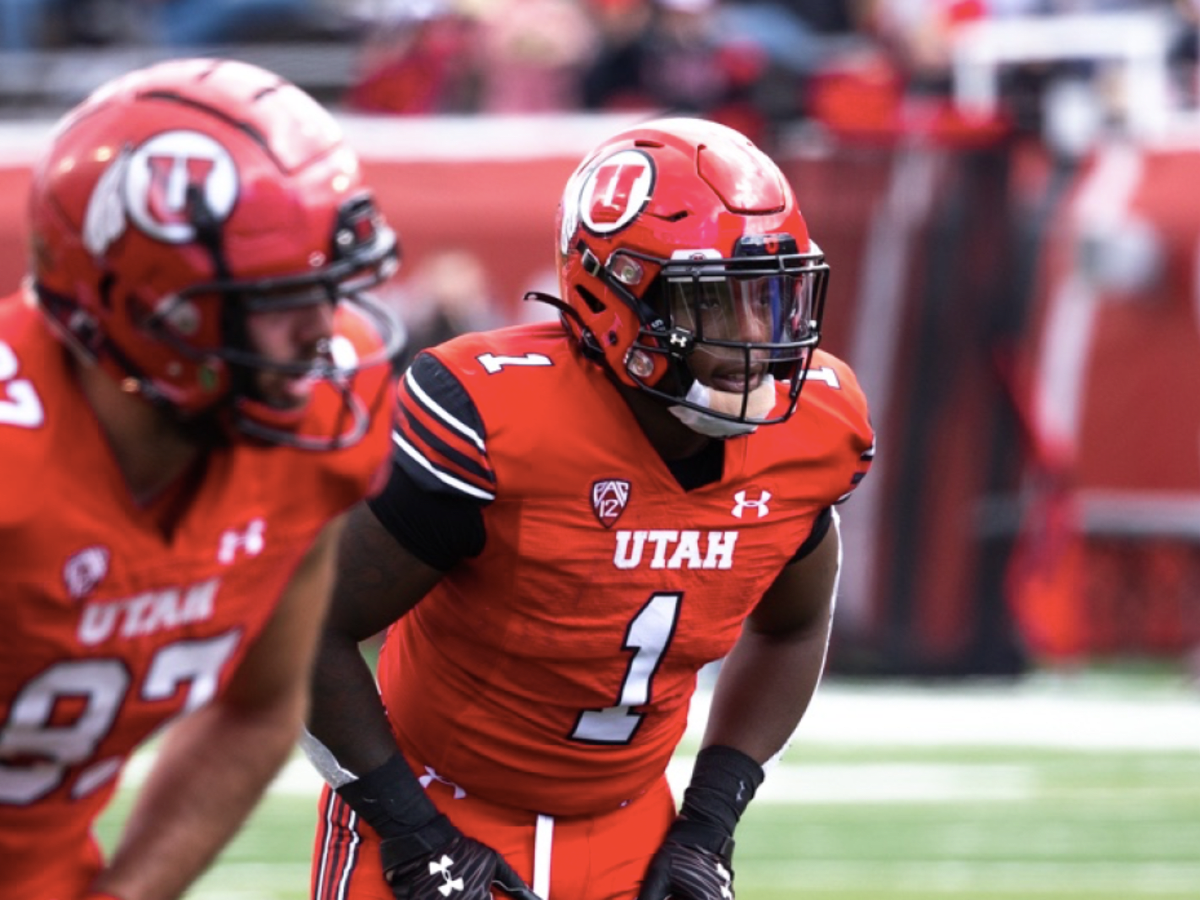 As the Pac-12 prepares for a dramatic transition in the conference’s makeup, the Utah Utes might finally be the team to beat after years of consistent winning

Regardless of what happens down the road, 2022 marks one of the last years that the Pac-12 will resemble its current form.

The conference will look very different in a few years with the two Los Angeles schools, USC and UCLA, jumping ship for the Big 10 in 2024.

New to the conference this season is Lincoln Riley, who brings in a bevy of transfers that make USC an instant contender following a 4-8 rock-bottom season a year ago.

Kyle Whittingham and Utah captured their first-ever Pac-12 championship a year ago with an 8-1 conference record and two beatdowns of Oregon, a team good enough to topple Ohio State in the non-conference. Will the Utes repeat as champs?

As a testament to how quickly things can change in college football, the USC Trojans are the favorite to win the conference despite going 4-8 a year ago. In the world of NIL and transfers, USC has taken full advantage, reshaping the roster via the portal. Lincoln Riley enters the stage via Norman, Oklahoma, where he led the Sooners to a 55-10 record across five years.

The expectation is for Riley to turn this program immediately — before yet again turning around and heading for the Big Ten in 2024. A year ago, Clay Helton was fired after an embarrassing Week 2 loss to Stanford and the team bottomed out. Riley hit the transfer portal and brought in a number of key acquisitions, including but not limited to Heisman odds contender QB Caleb Williams (Oklahoma), running back Travis Dye (Oregon), and Biletnikoff winner Jordan Addison (Pitt) at receiver along with Mario Williams (Oklahoma).

There are legitimate concerns about a defense that ranked 103rd in opponent scoring a year ago, and the offensive line must improve immediately. Still, this team will score points in bunches and the conference could be there for the taking.

Kyle Whittingham has been the Utes’ head coach since 2005. During that stretch, the team has had only two losing seasons (2012, 2013) while being a model of consistency in the ever-changing landscape of college football. There could not be a bigger discrepancy between two programs than there is among the two favorites in the Pac-12, where Utah is the polar opposite of USC.

Fresh off their first conference championship, the Utes figure to remain dangerous in 2022. Cameron Rising was a revelation at quarterback, taking over for Charlie Brewer after the third game of the season and going 9-1 as the starter before dropping by only three points to Ohio State in the bowl game. This offense will be lethal yet again and could improve upon last year’s 36.1 points per game.

The defense loses star linebacker Devin Lloyd, but defensive back Clark Phillips III is an emerging star who could become the program’s first cornerback selected in the first round of the NFL Draft since 1971. The defensive front played a number of impact underclassmen a year ago (Junior Tafuna, Van Fillinger, Karene Reid) and could be even better this year after allowing just 3.7 yards per carry.

There are really three favorites in this conference, as Oregon is right behind Utah and is the third team with odds below +300. The Ducks won back-to-back conference titles in 2019 and 2020 before falling in the championship game to the Utes last year.

The program will look much different in 2022 with Dan Lanning assuming head coaching duties. He arrives via Georgia and will take over for Mario Cristobal, yet another Oregon head coach who left for the sunny shores of Florida. Kenny Dillingham will install a new offensive scheme as the first-year coordinator. He’s worked with potential starting quarterback Bo Nix in the past, which should help ease the transition as the three-year Auburn starter battles with Ty Thompson for the job.

Lanning figures to bring intensity to a talented defense led by linebackers Noah Sewell and Justin Flowe. There’s a wide range of outcomes for the Ducks, but they’re still among the league’s most talented teams.

Jonathan Smith doesn’t get enough credit for the coaching job he does at Oregon State. Leading a winning program in Corvallis is far from a simple task, but Smith may have the chops to turn the Beavers around. Last year saw them finish 7-6 including a win over Utah — the eventual champs’ only conference loss.

The defense hasn’t been up to snuff recently, but we should see improvement on that side of the ball considering nine starters return. They rank 28th in returning production defensively, a positive sign, and there has been optimism surrounding improvement in the secondary. The front seven hopes to improve after suffering key injuries a year ago.

Offense isn’t a problem for Smith’s team, as he devises sound gameplans that keep the ball moving on the ground. Running back B.J. Baylor is gone after posting 1,337 yards and 13 touchdowns on the ground, but the Beavers have three capable backs ready to step up: the versatile Trey Lowe, the powerful Deshaun Fenwick (former South Carolina transfer), and potential breakout star in true freshman Damien Martinez. Chance Nolan returns as the starting quarterback after averaging 8.4 yards per attempt a year ago.

The Pac-12 scrapped divisions this year, but the Beavers are still playing plenty of beatable teams that used to reside with them in the North. Oregon is the only other team to make a bowl game last year from that division. Both Washington schools are breaking in new systems, and the Bay Area schools (Cal, Stanford) have been lifeless recently. It’s unclear how successful the Ducks will be in Year 1 of the Lanning era, so it’s conceivable that the Beavers make a run in a schedule full of coin-flips and sneak into the 2022 Pac-12 Championship game. 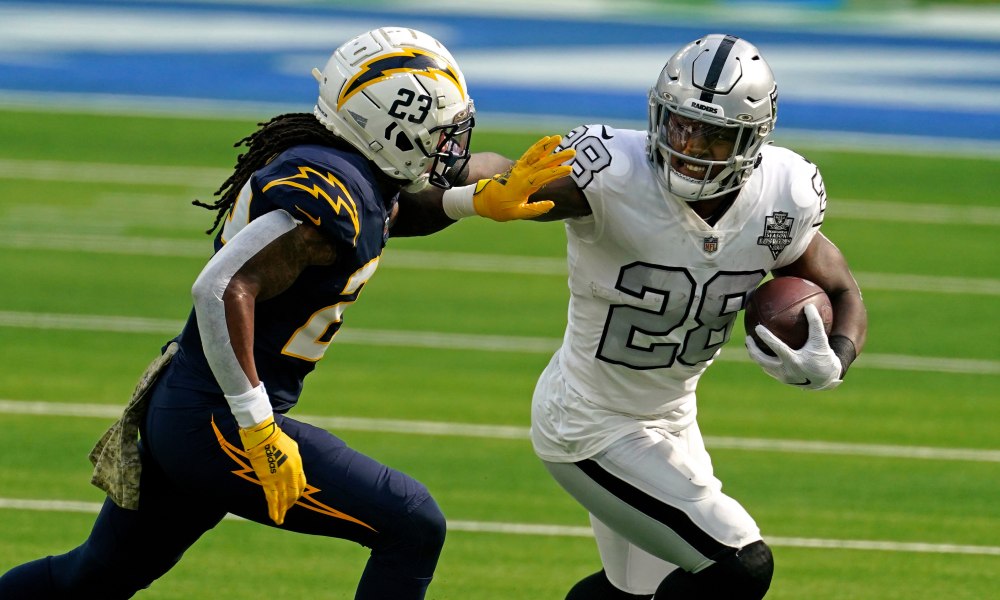 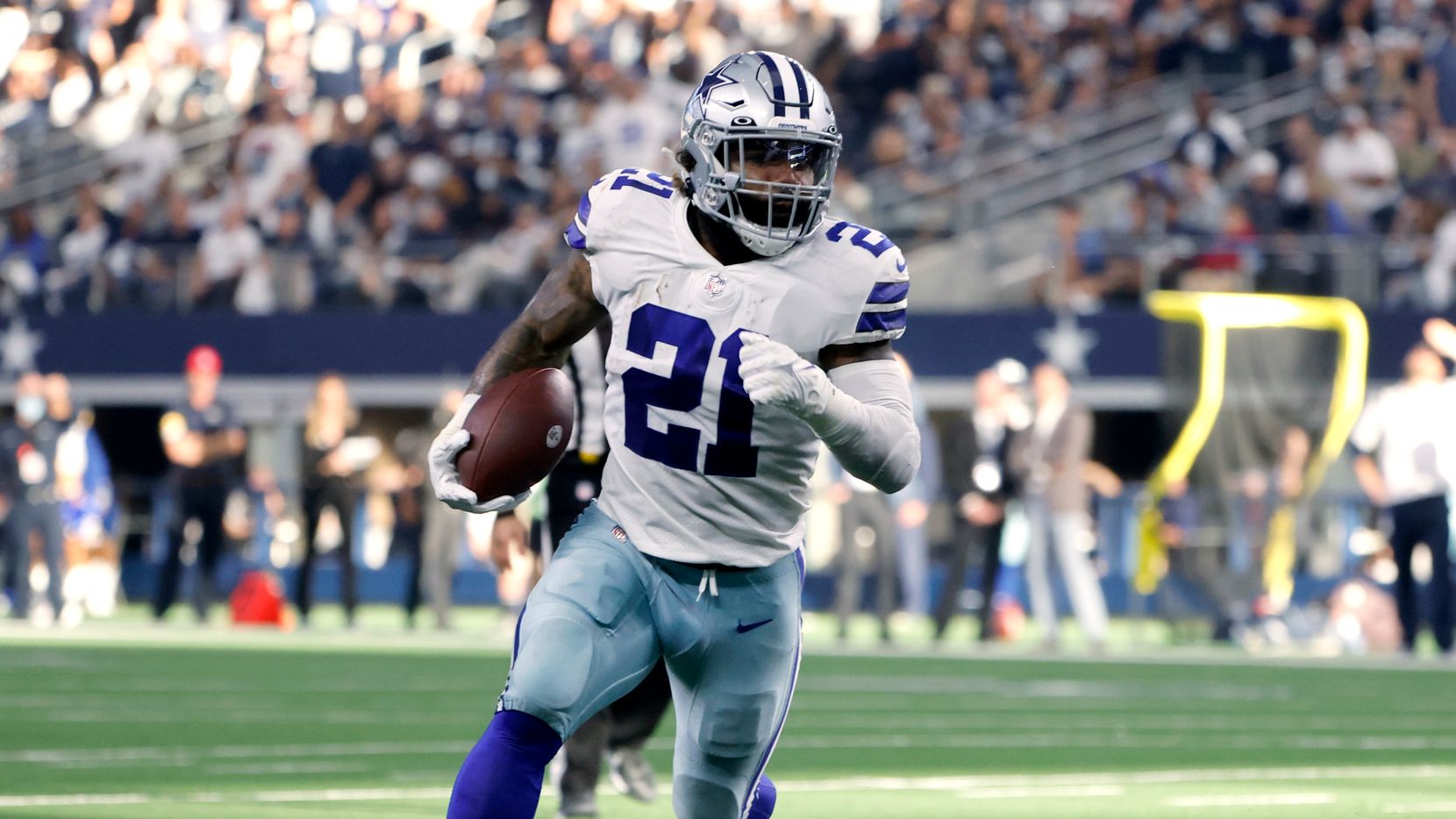 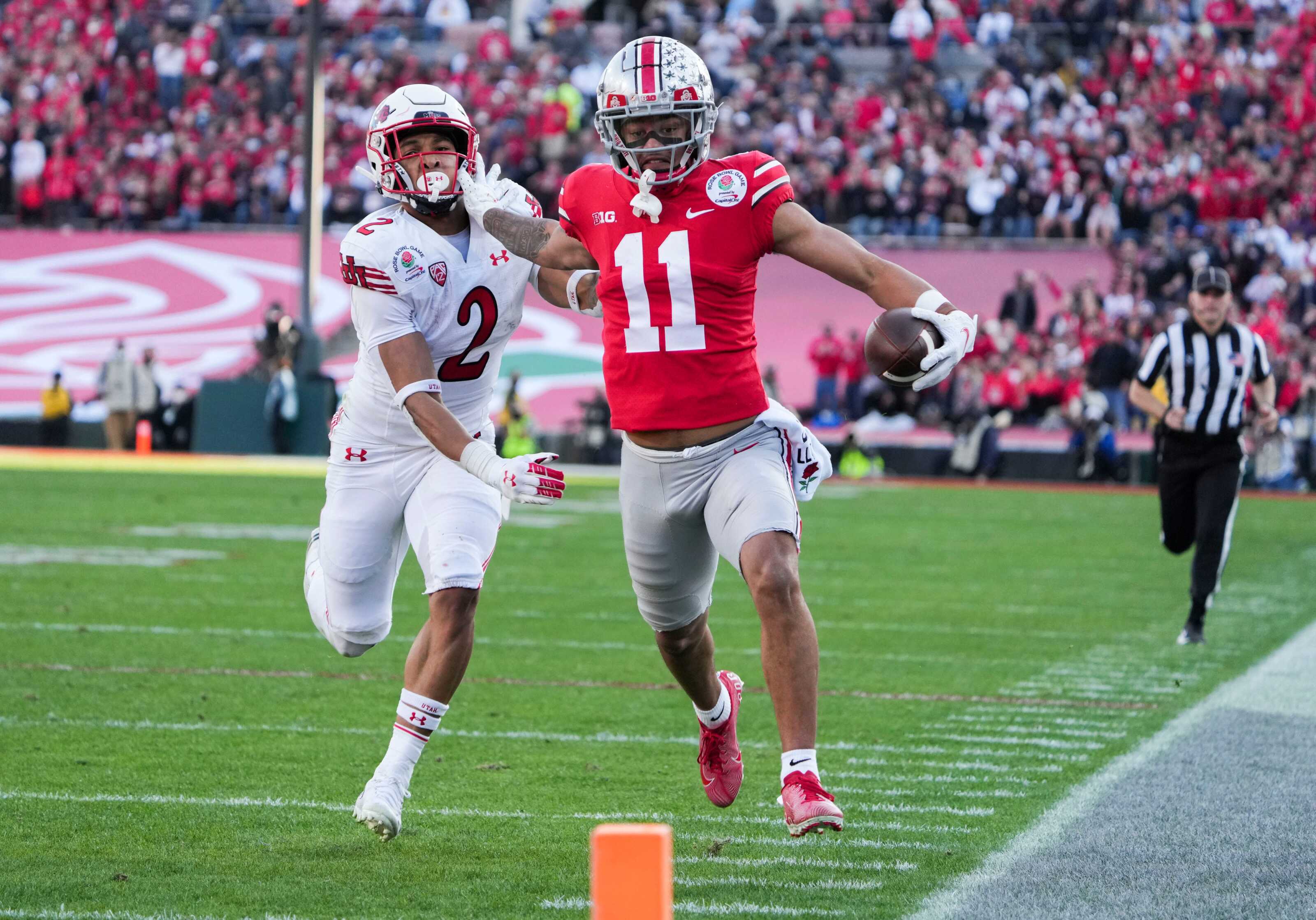 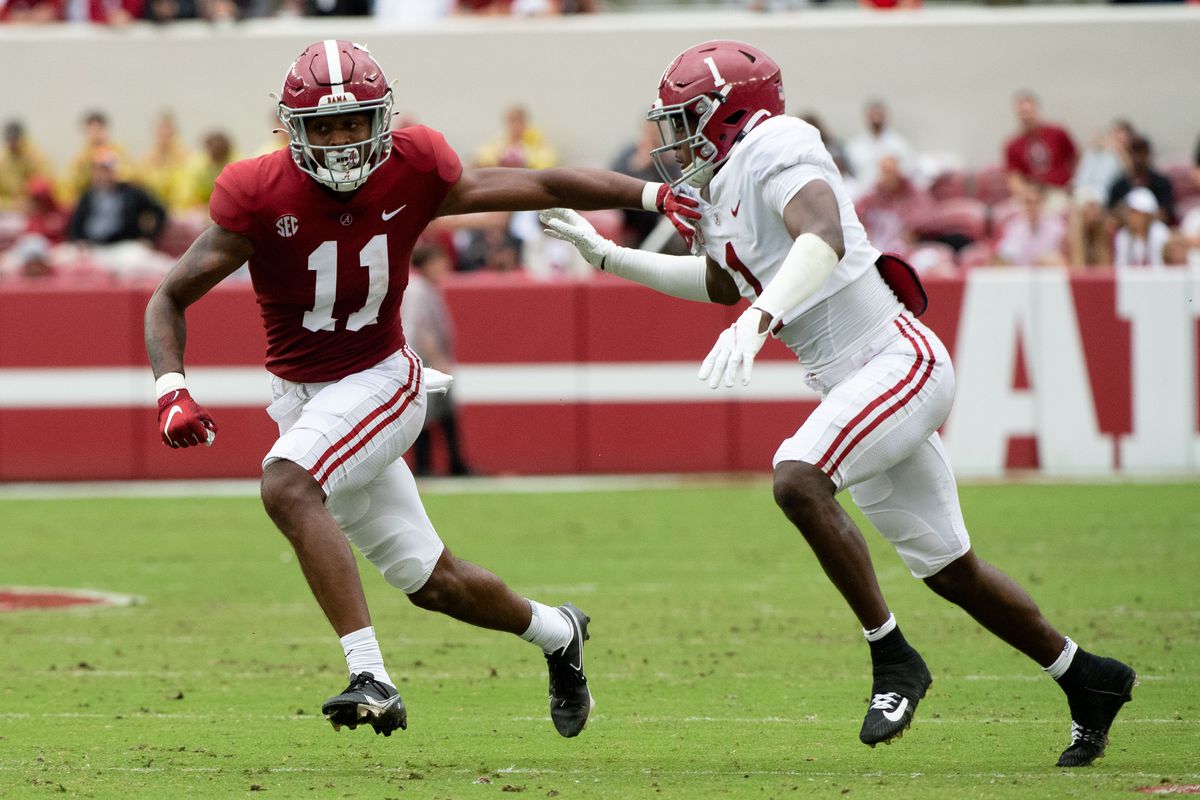