In the AFC South The Tennessee Titans have gotten in the habit of being middle of the road lately, and second year head coach Mike Vrabel’s goal is to put an end to that, but that’s not an easy objective knowing that to qualify for even a Wild Card playoff spot, the Colts will have to win more than ten games, something they haven’t done since 2014.

Franchise quarterback Marcus Mariota will be working with yet another new offensive coordinator, Arthur Smith, who was previously the Colts’ tight ends coach, which will make this the fifth OC that Mariota has had to work with since he was drafted by the Titans in 2015.

The big drama on the Tennessee scene may come from the quarterback competition, because with Mariota being on the fifth and final year of his rookie contract and with newly acquired Ryan Tannehill’s career basically on the line, it will be a true competition to see who ends up being under center for the Titans in 2019 versus who ends up watching from the sidelines with a clipboard.

The 2019 Jacksonville Jaguars made significant changes during the offseason, primarily under center, where they traded their franchise man, Blake Bortles, to the Los Angeles Rams and signed the NFL’s greatest backup quarterback, Super Bowl MVP Nick Foles.

Third-year head coach Doug Marrone also hired a new offensive coordinator, John DeFilippo, who doesn’t exactly come with a stellar resume, having been sacked halfway through the season last year while attempting to coordinate the offense in Minnesota.

Another hopeful pickup in Jacksonville this offseason was the signing of tight end Geoff Swaim, who played with the Dallas Cowboys last season, with the overall goal seeming to be to breathe life into an offense that ended up ranked 27th overall last season after averaging just 302 total yards and 15.3 points per game.

The Houston Texans attempted to accomplish at least two major goals this offseason, the first being to protect franchise quarterback Deshaun Watson a little better after he was sacked a league high 62 times last season, and they did that by drafting tackle Tytus Howard from Alabama in the first round (23rd pick overall) and by signing free agent left tackle Matt Kalil.

The second big offseason goal of second-year general manager Brian Gaine was to improve the Texans’ pass defense, which he did by drafting cornerback Lonnie Johnson Jr. from Kentucky in the second round and by signing free agent cornerback Bradley Robey and strong safety Tashaun Gibson.

With those changes, the Houston roster looks formidable, but if they expect to return to the postseason for the fourth time in five years, they’ll have to do better against the pass than they did last season when they allowed opponents to average 260.4 yards per game through the air, ranking them 28th in a league of 32 teams.

If Indianapolis Colts third-year general manager Chris Ballard keeps having such fruitful offseasons, it will only be a matter of time before it pays off with multiple playoff wins and a return to the Big Game.

The only other big signing besides the aforementioned wide receiver Funchess was that of defensive end Justin Houston, brought in to, among other defensive things, improve the Colts’ sack total, which last season was 38, ranked 19th in the NFL.

Otherwise it was a fairly slow offseason for the Colts, which indicates Ballard is content with the roster he already has, a group good enough to get to the Divisional round of last year’s playoffs but not good enough (until now?) to shut down the Kansas City Chiefs, who scored 31 points to the Colts’ 13 to end Luck and Co.’s 2018 season for good. 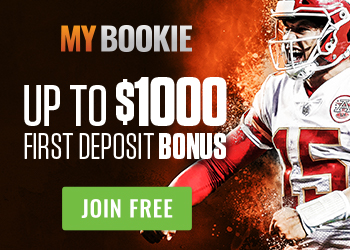